Rockstar guide to avoid your next ESP is a bad fit

Having been part of multiple decisions to evaluate and/or change ESPs, I’m surprised how often there is a bad fit between the client and vendor they end up going with.

A bad fit is the biggest reason for a sender and ESP duo bombing on stage. So how can we avoid that?

Are they forcing you to do things their way?

One of my favorite (and obscure) Brady Bunch episodes is called “Adios Johnny Bravo”, where Greg gets to be a rock star because he “fits the suit.” 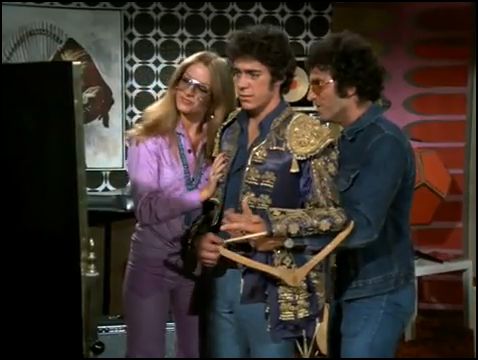 The same thing happens in email. It might be that an ESP can only accept data in a certain way. Or that they have very limited reporting. Or that they’ll throttle you when it suits them. – ESP’s want you to do things their way, not yours.

Can they deliver to your fans?

It’s critical to align yourself with a company that knows how to handle your email traffic. In fact, it’s the biggest difference between success and failure with your chosen ESP.

For example, some ESP’s are fantastic at handling publishers who rely on single opt-in signups, while others really struggle with that sort of traffic. Generally, it’s a symptom of how fully they staff their deliverability team and how well they manage your IP pool.

The bigger the ESP, the LESS likely they are going to have deliverability teams that can give you personal attention. I’ve seen companies move from smaller, more niche players to large self-service players (in order to chase cost savings), then have their inbox rates drop through the floor.

I’ve worked with ESP’s who want to jam millions of records per day through 1-2 IPs, then hit a wall when we had a “bad” delivery day.

If you rely on 3rd party traffic (via affiliates, co reg, etc) or have extremely high growth rates, you really need to dig into your new ESP’s deliverability capabilities. Managing IP’s is hard and deliverability is a reasonably thankless task. So make sure that you dig in deep if you’ve experienced any sort of deliverability issues in the past.

What kind of management do you want to work with?

One of the biggest causes of “bad fit” is misalignment between the vendor and the companies who prospects need to work with.

Some companies are young, aggressive, constantly innovating and upgrading their platform. Sound great, right? However the majority of eCommerce 1000 businesses prefer partners that move slower. That have a pre-announced release schedule. That have an army of third-party partners who will integrate their systems to the vendors. Or will constantly send people to their office.

Each of those situations are a disaster for a company that selects the “go go” company. They may be enthralled by cutting-edge technology and constant innovation but – by not understanding what types of companies are right for their companies – they end up making bad choices.

How big of a star do you want to be?

Some companies REALLY want to be a big fish in a small pond – they want their voice to be a key driver of where the company goes and that – as a result – their service is awesome and their product requests get worked on first.

Others want to make sure they’re walking down a path that’s been well worn by other companies. They are inherently risk-averse and want to see lots of proof about “how other people have done it.” Most people live somewhere in-between – they don’t want to be the biggest fish, but they also want great support. Which leads to the next question –

What matters more – a famous name or results?

There are certain companies that you’ll rarely get fired for choosing. They are sometimes difficult to use, expensive to integrate and are not going to give you the best return on your marketing dollar…but they will be a “safe” choice. The truism “you never get fired for buying IBM” is also true in martech.

Email marketers leave money and client satisfaction on the table because they don’t have enough “proof” that 10 other companies have done the same thing. Although their RFP may sing a lot of songs about how “innovative” and “leading edge” they want to be, they often end up with the Toyota Camry of ESPs… usually because they’re too risk-averse to do anything else.

Having been on both the brand and vendor side, a few things stand out that – if both the prospect and the vendor knew at the beginning of the process – would have resulted in a much more successful MarTech sales and purchasing process.

Remember, Greg walked away from being Johnny Bravo. Mismatches between client and vendor still happen frequently. Your goal is to find what works best for your business, not the business of the ESP. It can be an enormously frustrating relationship when you’re continually being forced to “fit the suit.”


Bob has run email marketing programs for Live Nation, Expedia and Zeeto Media. He is CEO & Founder at HazardHub.