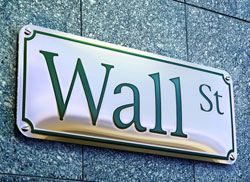 This week Eloqua Limited, a provider of on-demand Revenue Performance Management (RPM) solutions, announced that it has filed a registration statement with the U.S. Securities and Exchange Commission. They want to go public and offer their common stock to the public in an initial public Offering (IPO).

The IPO would be up to an estimated $100 million to help repay debt as well as apply the money to working capital and other general corporate purposes. The number of shares and price range is not yet determined. But if all goes well, you could buy a piece of Eloqua soon.

Eloqua isn’t the first company to go public with a fair share of email marketing in their portfolio. Responsys has been a part of the The NASDAQ Global Select Market since their IPO earlier in 2011.

YesMail (as part of infoGroup) was listed as IUSA on NASDAQ, but was taken private again after a buyout by CCMP Capital Partners in March 2010.

For most emarketers their decision to choose an Email Service Provider wouldn’t be influenced by the difference between a publicly or privately owned company. Publicly traded companies are certainly subject to additional regulations and have additional revenue reporting obligations. The fact that a company is publicly owned will influence some of the “bigger boardroom” decisions, but that could be either way though.


Jordie van Rijn is an independent email marketing consultant and Analyst. He is the Founder of Email Vendor Selection and specializes in smart email marketing, optimisation and RFP / vendor selection. Named one of "50 Online Marketing Influencers to Watch " by Entrepreneur magazine.